What Is True Diwali?

Finding Balance in a Changing World

On this Sacred day of Deepavali (Diwali) at dusk when darkness intensifies, all homes are illumined by lights, tiny mud pots with oil wicks. I appeal that this day is a day of prayer and expression of love. Get out of your homes in the evening and embrace every other individual in society not because they are Hindus but, because they too are small flames of the same light Divine. This Pure Divine light can impart a joyous sense of perfection in the ways of men & women. Diwali is a day dedicated to inner purity and noble character. – Swami Chinmayananda

The story behind Deepavali (Diwali) is when Krishna, the Lord, went and came back vanquishing an enemy in a confrontation. When he came back the gopis, the community members, in order to celebrate that victory put lights in their houses. As there was no electric light in those days they took a mud pot with some oil and a wick and lighted it up, so that Krishna when returning, pretty late at night, the entire place was illuminated.

The victory of the Lord over negative forces, this is to be done within you. Within you, you are confronting at all times the tension between the noble aspirations and ideals, and the pull of the lower flesh, fleshly lust, greed and passions. This is a constant confrontation at your psychological level. But at certain moments, by His grace, we win a victory over the negative forces, as we are now because our mind is turned at something Higher. But in this tempo of goodness, you cannot remain constantly. Again they will collect themselves and come.

So whenever thus, the lower nature in us is conquered, and we maintain the higher values of life and come to live, there is a glow of beauty in you. Light stands for knowledge. So every individual lights up…not the outside light.

‘Deep-avali’ means rows and rows of light. This is the goal of our culture. Whether it is many cultures put together, or a particular religion being evolved in every other nation. What is the attempt? To bring the better man out of the vulgar, the animal, the baseman. When does an individual become civilized and we say that he is a cultured, educated man? When he is able to control his lower passions to an extent. Read about the significance of lighting a Diya. 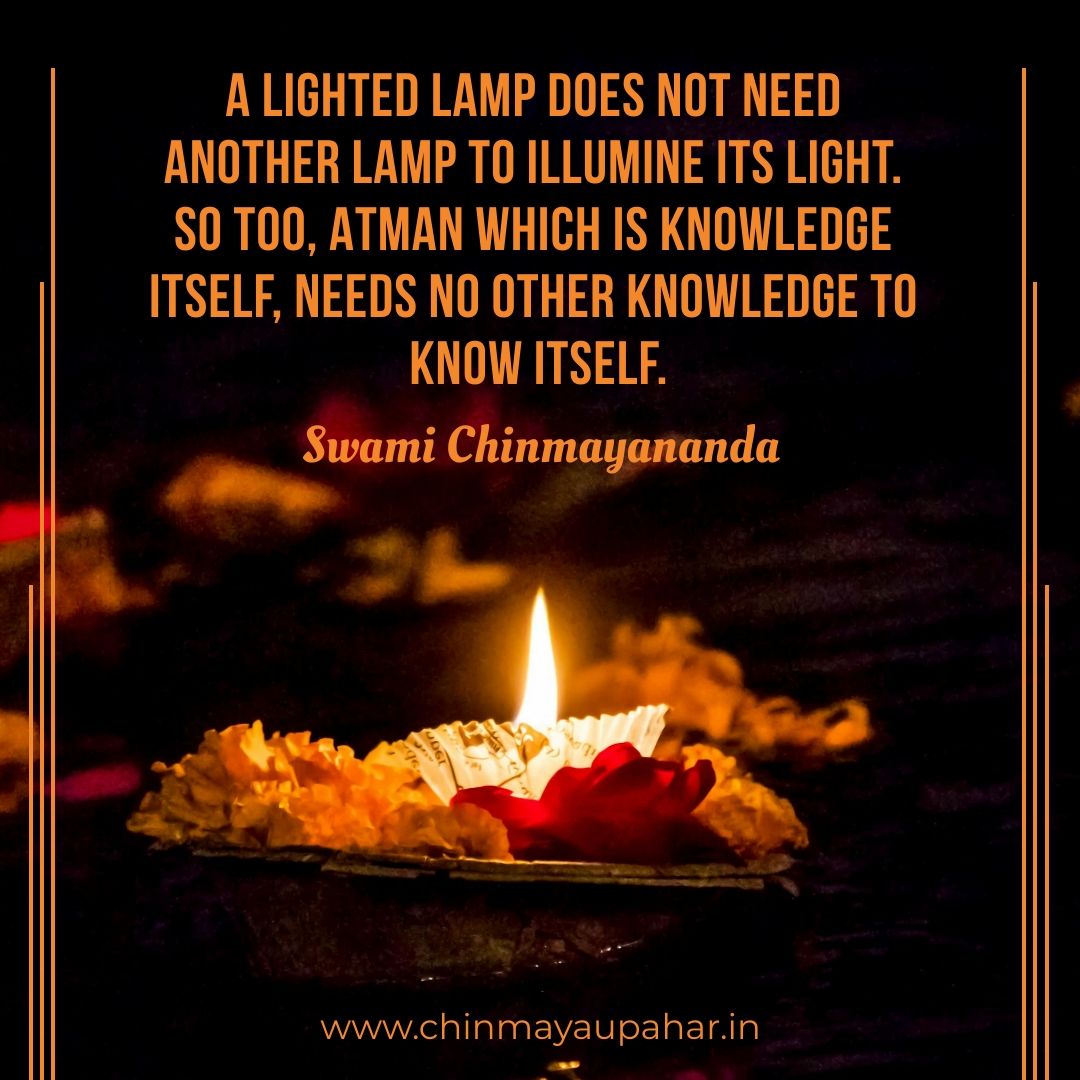 So a readiness to make that sacrifice and win over the lower nature, is to light up the lamp of knowledge, wisdom and beauty in yourself. So Deepavali (Diwali) is, a reminder to the community that there is a greater way of cultured living, than the mere animal level. Whatever you feel, you just do it, that is not it! You must look around. You’ve been given a discriminative intellect; you are not an animal.

The animal is allowed to do because he doesn’t know how to discriminate. But man is supposed to live from the intellectual standpoint. And don’t do things which will bring harm to yourself later on, or sorrow to other members at this moment. That means you have to conquer your own selfish, immediate demand for the sake of the others. This is what Deepavali (Diwali) really stands for.