Ramayana inspires us to perform in the storm

“Only in the silence of quiet mind can you realise your oneness with the supreme reality [Brahman].”
– Swami Chinmayananda

Swami Chinmayananda: How He Taught

In early years, Swami Chinmayananda held Marathon discourses of 41-100 days duration. Later, as he crisscrossed the globe, delivering one lecture series after another without respite, his jnana yajnas settled to around 7 to 10 days each.

Swamiji recast the age-old yajna (fire sacrifice) as a jnana yajna, or ‘knowledge sacrifice,’ wherein the yajna becomes the symbolic burning of one’s ignorance in the fire of knowledge, kindled while listening to the teacher unfold Vedanta as revealed in the sacred texts. The yajna format was used not only in lecture series held in cities throughout the world, but also as part of spiritual camps at which delegates studied together with Swamiji in a scheduled residential setting, free from the interruptions of daily life. 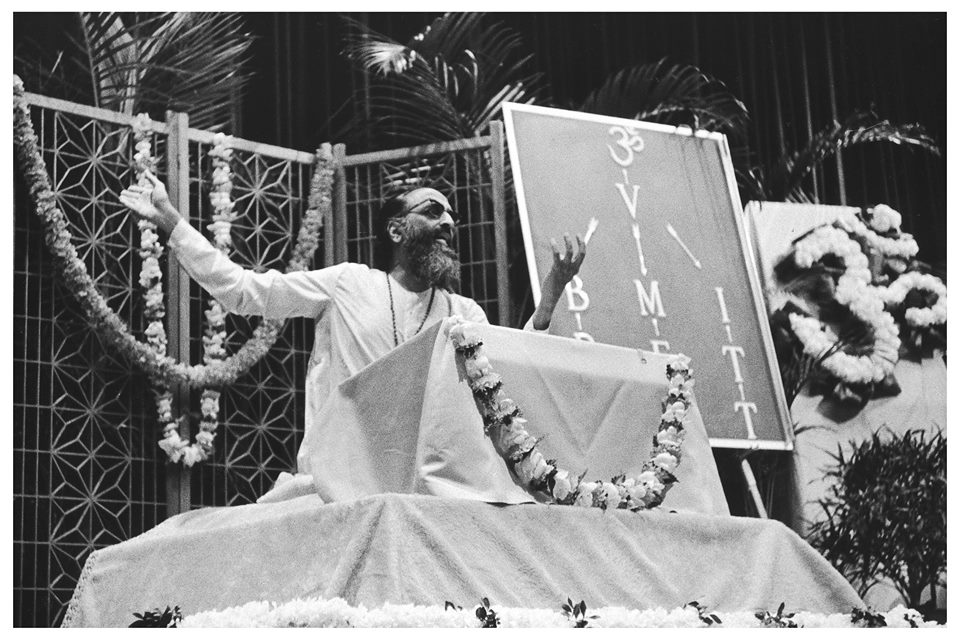 Effect of His Teachings

Through the dedicated work of Swami Chinmayananda, Vedanta became the possession of every man and woman who yearned for self knowledge. The knowledge that was sown beyond time, nurtured by the ancient rishis, and then misinterpreted and forgotten, had been revitalised by Adi Shankara and others after him. Neglected again during much of the modern era, that knowledge was, through Swamiji’s work, once more brought back to the people.

By pen and spoken word, Swami Chinmayananda reintroduced the great Advaita Vedantin, Adi Shankaracharya, to the people of India, guiding them into a revitalising awareness of India’s magnificent past. And to many eager seekers around the world, he unfolded the simple yet sublime message of Vedanta as a direct means for rediscovering their own inner Truth, a Truth that lies beyond race, creed, or national origin. Books, magazines, audiotapes, videotapes, and journals, authored both by Swamiji as well as his students, provide rich sources for study and reflection.

Swamiji’s teachings on the Bhagavad-gita brought it back to life and relevance. Arjuna’s struggle on the battlefield lived again in the field of his listeners minds. Even the Advaita Vedanta of the Upanishads became accessible to all, as Swamiji helped the readers of his books and listeners at his jnana yajnas scale the heights of the scriptures:

“On the wings of dispassion and discrimination,” he repeated in ever-unique ways, “you too can soar beyond your sense of limitation and enjoy the liberation of which the sages speak.”

With words as his tool, Swamiji worked dynamically for forty-two years to rebuild India from within, heart by heart, soul by soul, because, as he indicated: Reconstruction of a society can begin only from within oneself. Once the personality is rehabilitated, the world, too, is revitalised. 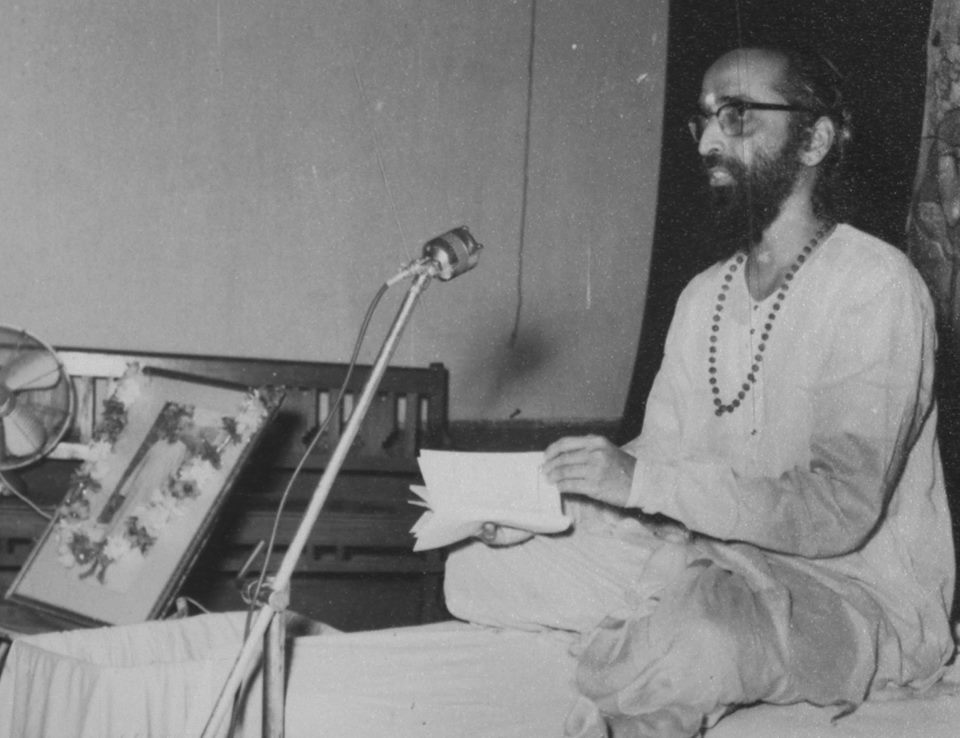 This truth was the cornerstone of his teaching. That same truth reverberated from many a yajna platform around the world, motivating listeners to begin thinking and acting in a new and deeply responsible way to revitalize the society of which they were a part.

He showed that deep understanding of the scriptures brings reconciliation not only within the individual personality but also within the society. When one knows that not only individuals but the environment around them is all, in essence, the One Reality, he said, “then, in spite of all differences…a sense of oneness, and therefore a sense of reverence , prevails.”

“Inner rehabilitation must begin,” he taught, “with the purification and integration of the personality.”

The emotions in one’s mind and the thoughts in one’s intellect must coexist in perfect balance and harmony. In walking the spiritual path, he said, “Your intellectualism must be sweetened with devotion and reverence; your heartfelt emotions must be reinforced with knowledge. The head and the heart must merge.”

Swamiji extolled karma yoga as the most ideal of paths for the active members of today’s society. “The secret of action,” he said, “is to get established in equanimity, renouncing all egocentric attachments and forgetting to worry over our successes and failures.” When you set your selfish desires aside and act in the world, the mind is calmed and the personality layers are purified of ego sediments from  the past.

The very action in which you are now employed can be ‘transformed into a process of self-unfoldment, yielding joy and fulfillment in life,’ he said. What transforms mere labour into fulfilling, inspiring way of life is considering action as not what you do, but how you do it; that is, acting without the motivation of personal gain. “The attitude needs to change,” he said, “not the work itself.”

Thus purified, the mind is ready to understand the essential message of Vedanta:  Tat-Tvam-Asi  (‘That Thou Art’): That wondrous, divine Being whom you have all along regarded as being outside yourself and beyond reach is the very essence of your own true nature. Shorn of ego and desire, you become God-man. Swamiji’s mission was to have us realise that God-man in each one of us.

Stand Up and Face Life!